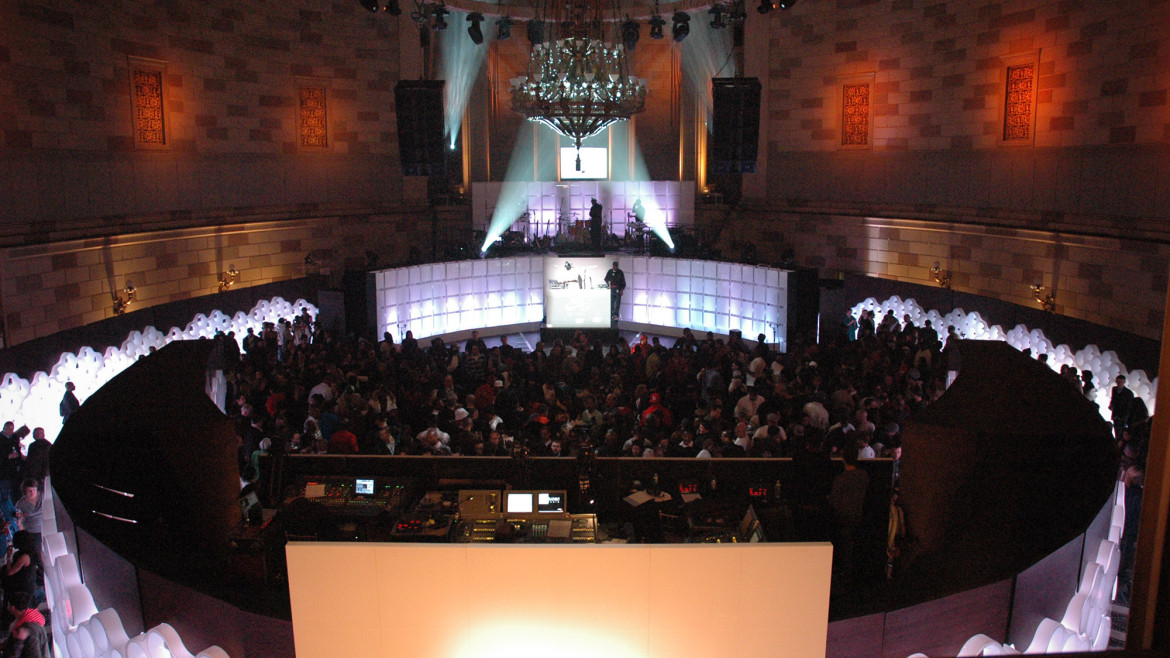 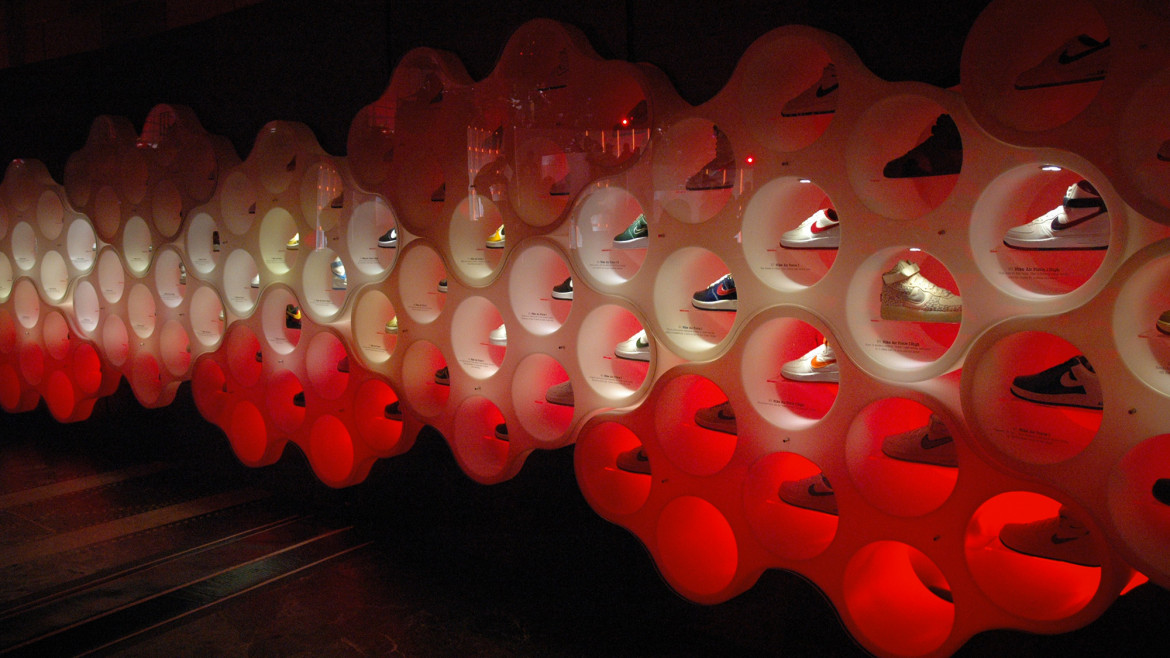 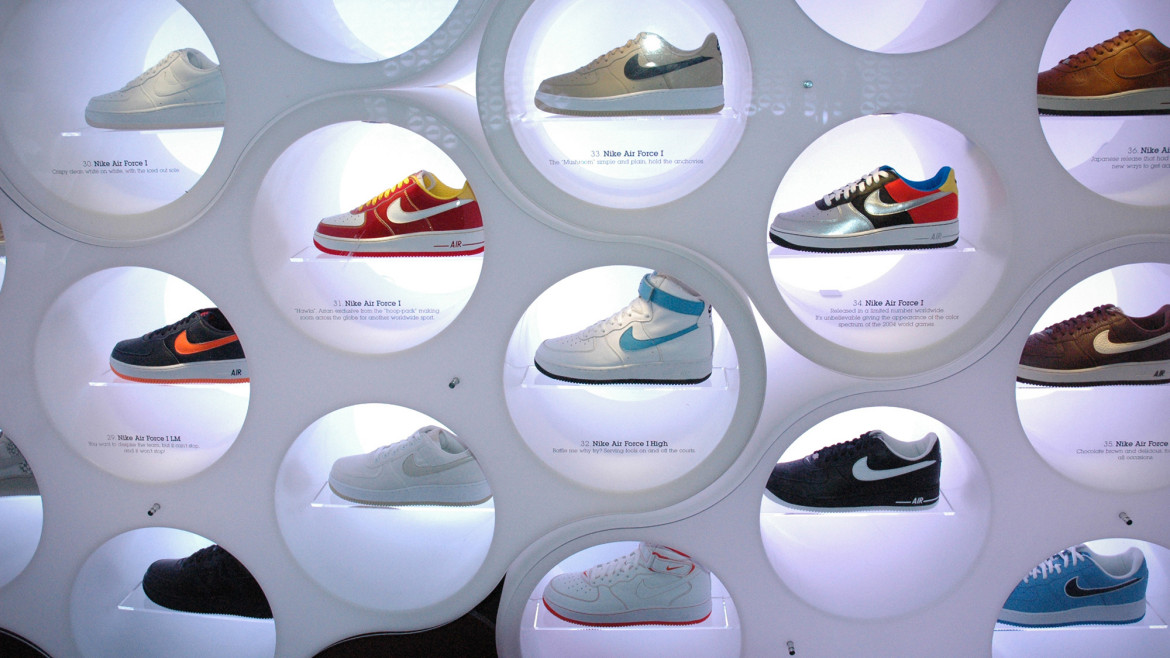 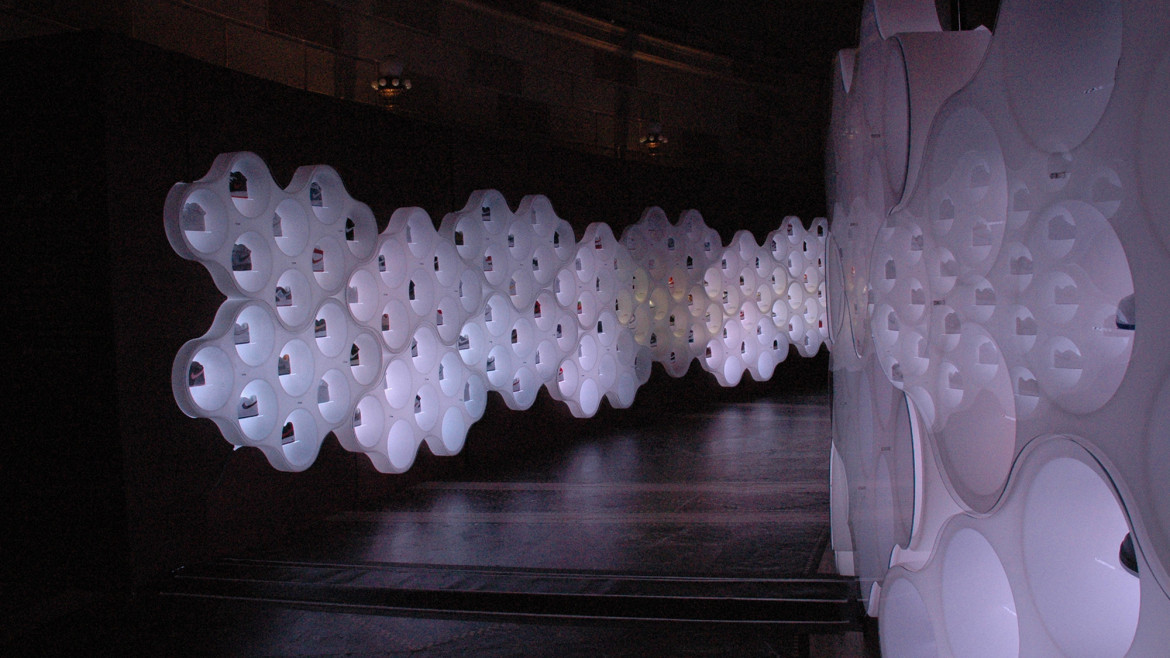 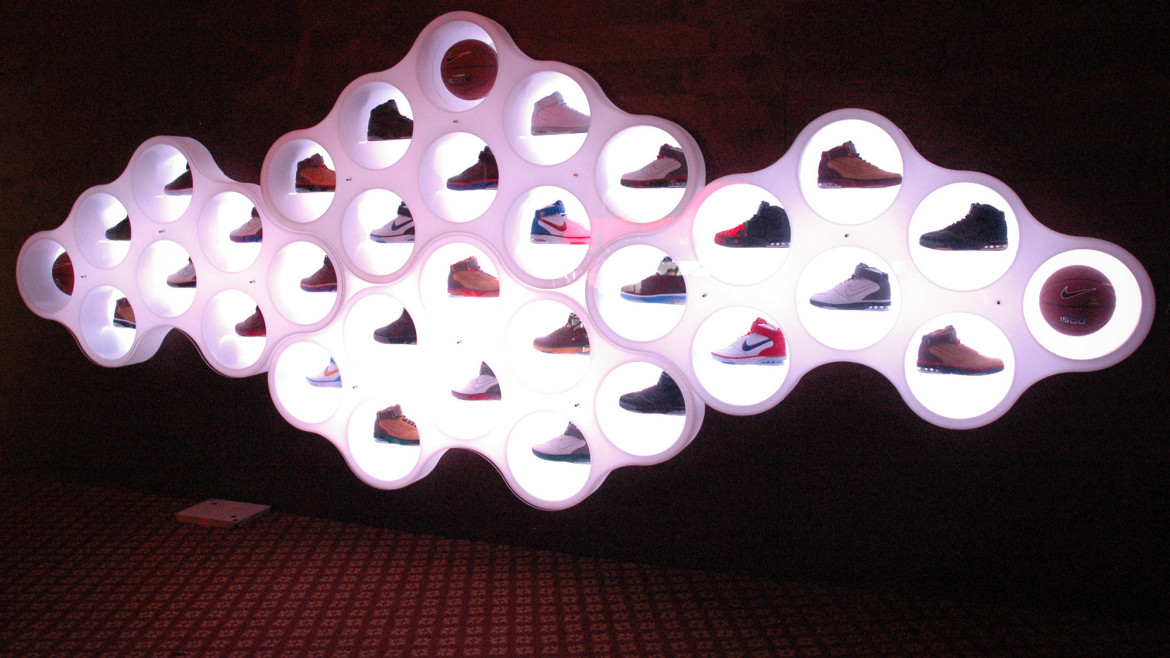 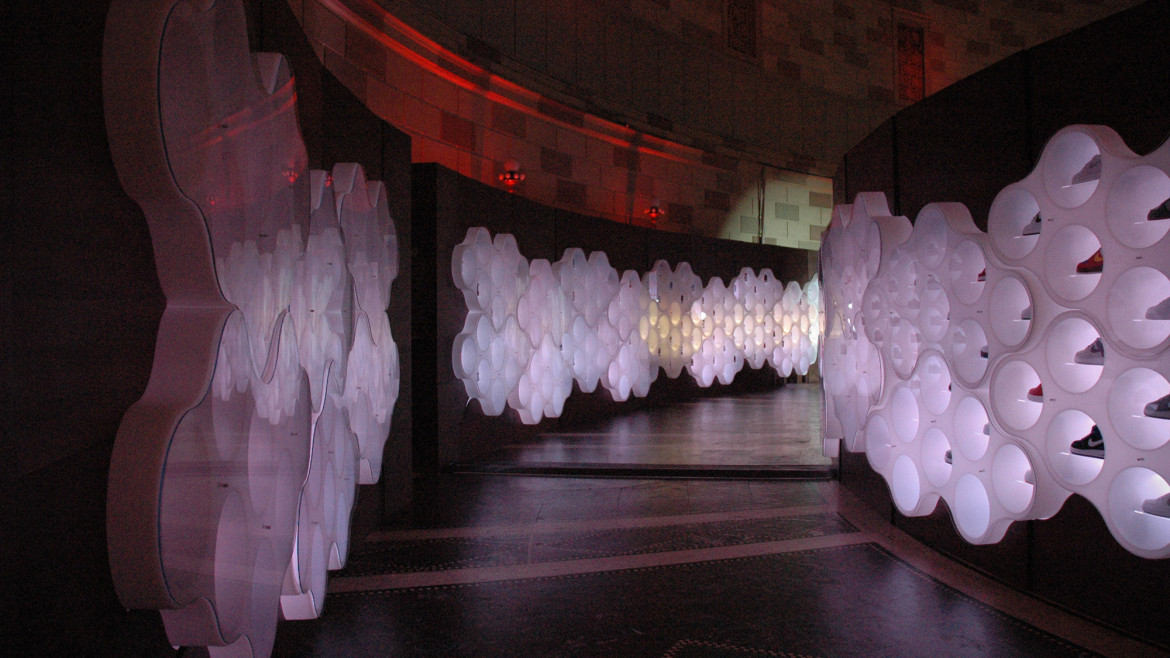 Launched in 1982, the Air Force 1 has evolved from a breakthrough performance basketball shoe to a full-blown cultural phenomenon. To commemorate its 25th anniversary, Nike asked Sartoria to stage the largest-ever unique AF1 collection on display – assembled from the Nike archives and key collectors attending the celebration.

Thus, we produced the 1 Night Only event in New York City, where more than 1,000 different styles of AF1 were on display, arranged on Cappellini Cloud bookshelves. Krs-One, Rakim, Kanye West and Nas came together with legendary producer Rick Rubin to create an original track that was performed live for the first and only time that night. MTV cameras were recording at the event as this never-seen-before foursome paid respect to the culture that created and continues to support the Air Force 1.