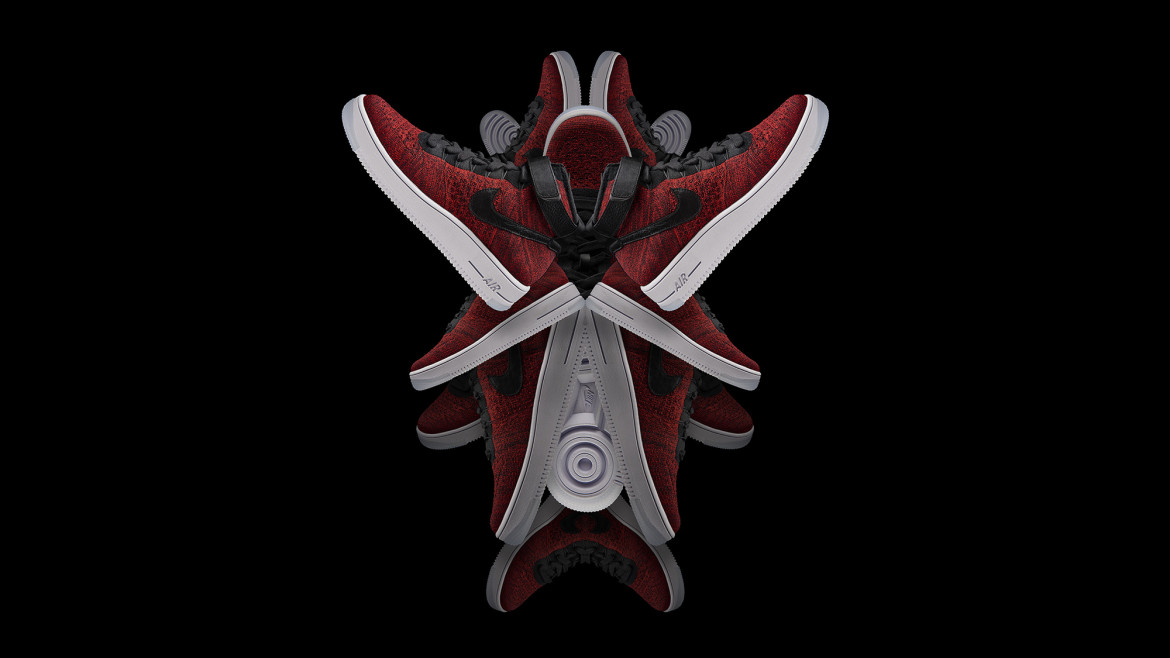 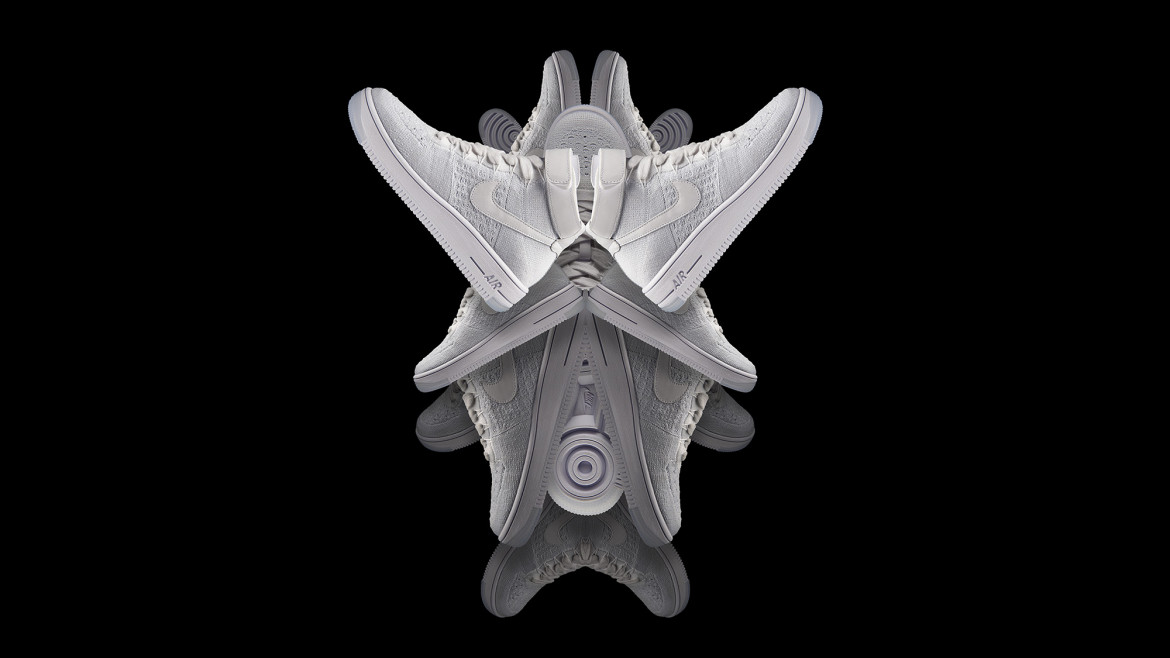 Thirty-four years after its debut – and some 2,000 iterations later – the Air Force 1 remains as iconic as in 1982, and one of Nike’s most influential fixtures in street culture. As a foundational design, it also presents an opportunity to reimagine new visions. To usher the legend into the future, Nike designers decided to merge the original silhouette with Nike’s latest material technology: the breathable and lightweight Flyknit fabric.
Sartoria was in charge of the main launch imagery, created in collaboration with photographer Antoine Le Grand, and currently published on Nike News.