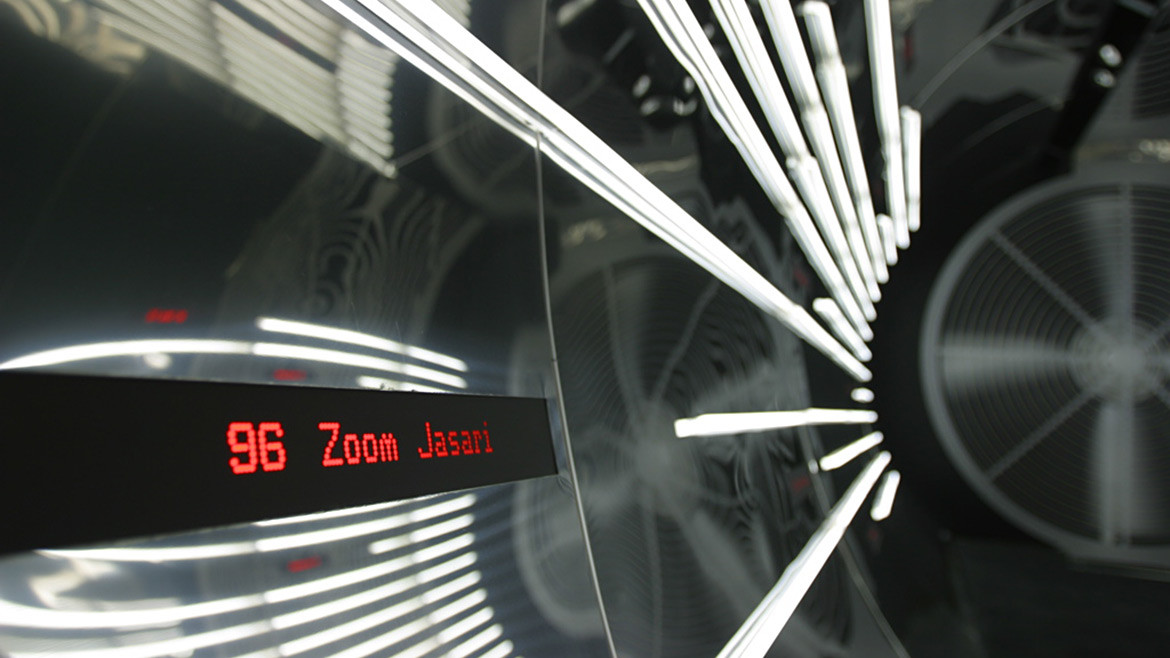 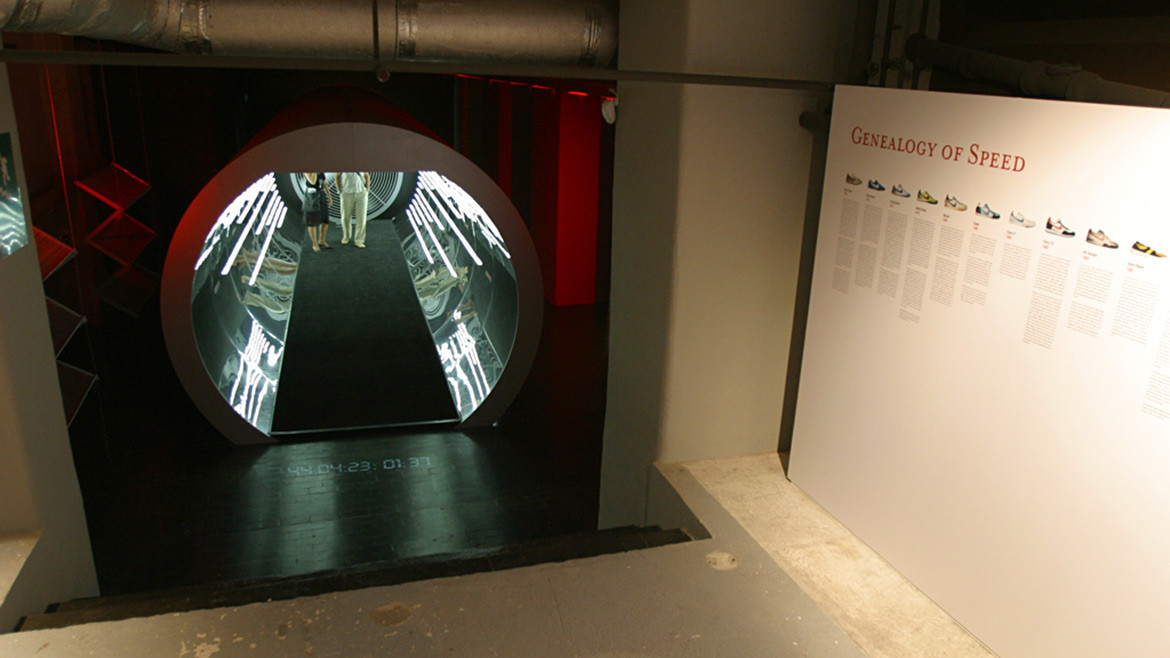 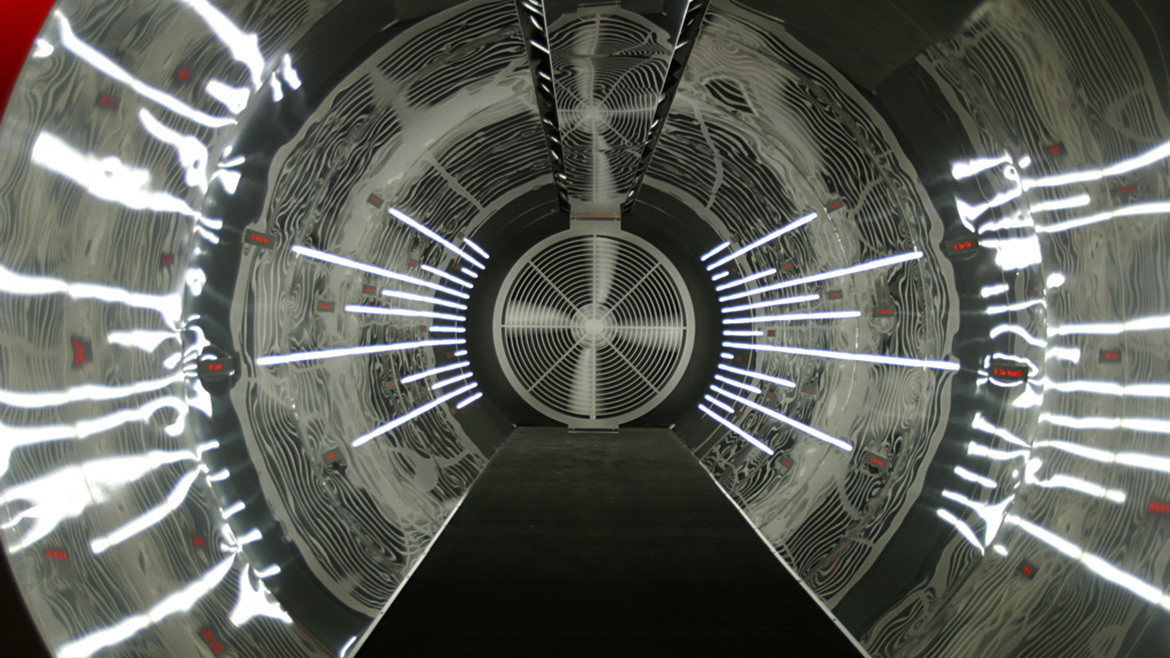 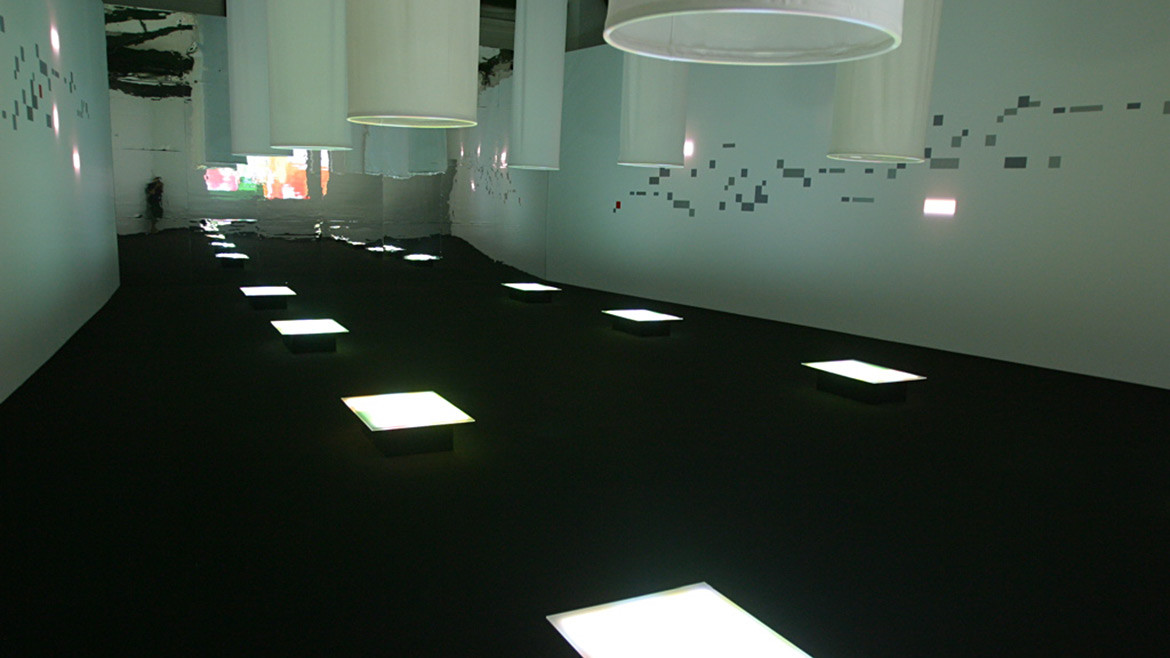 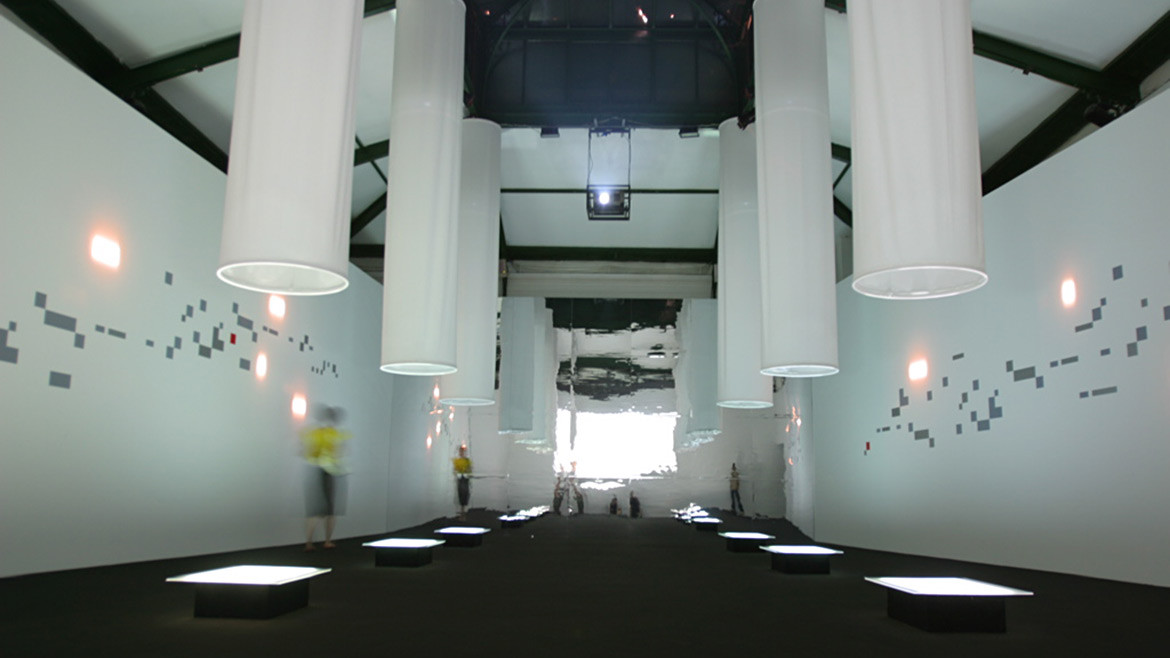 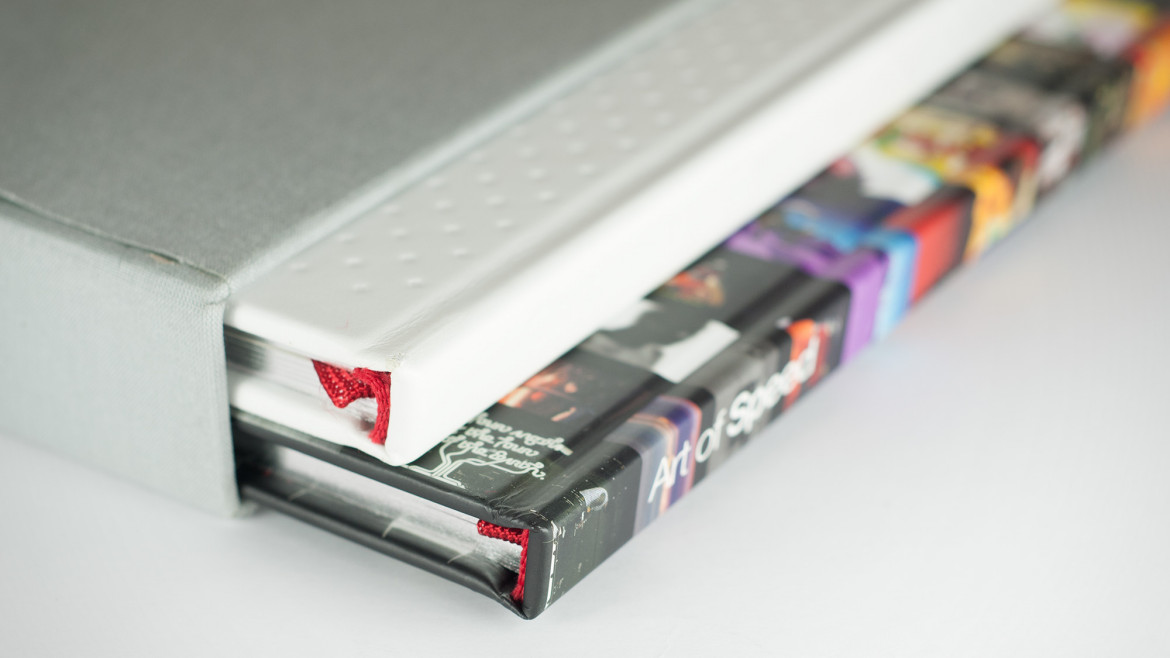 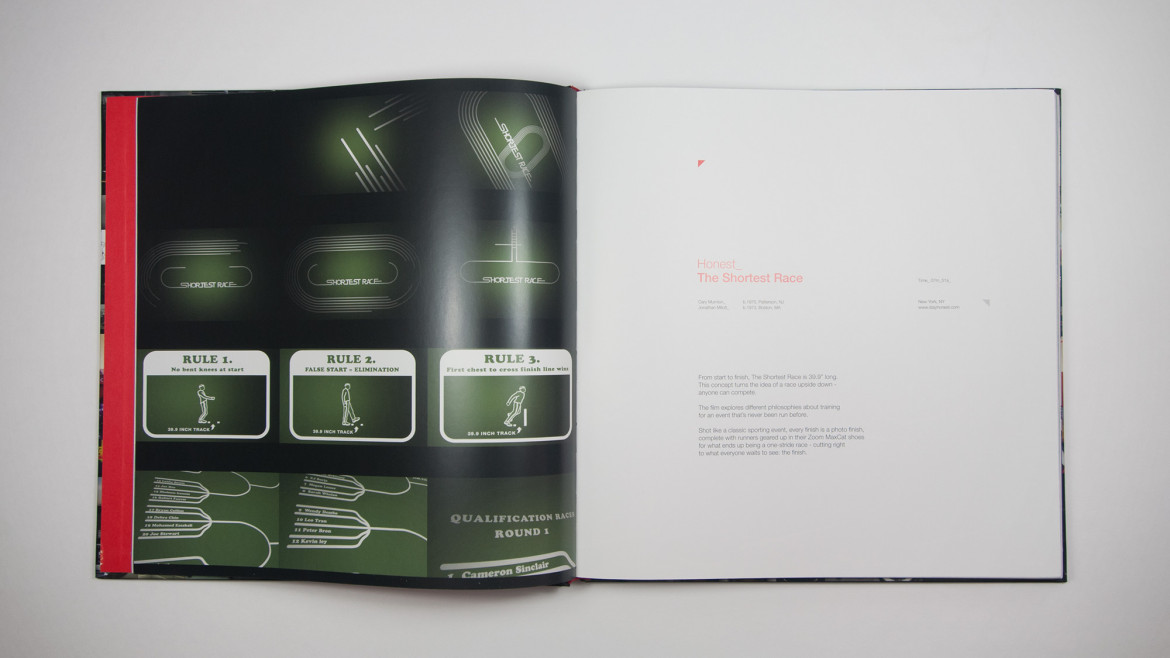 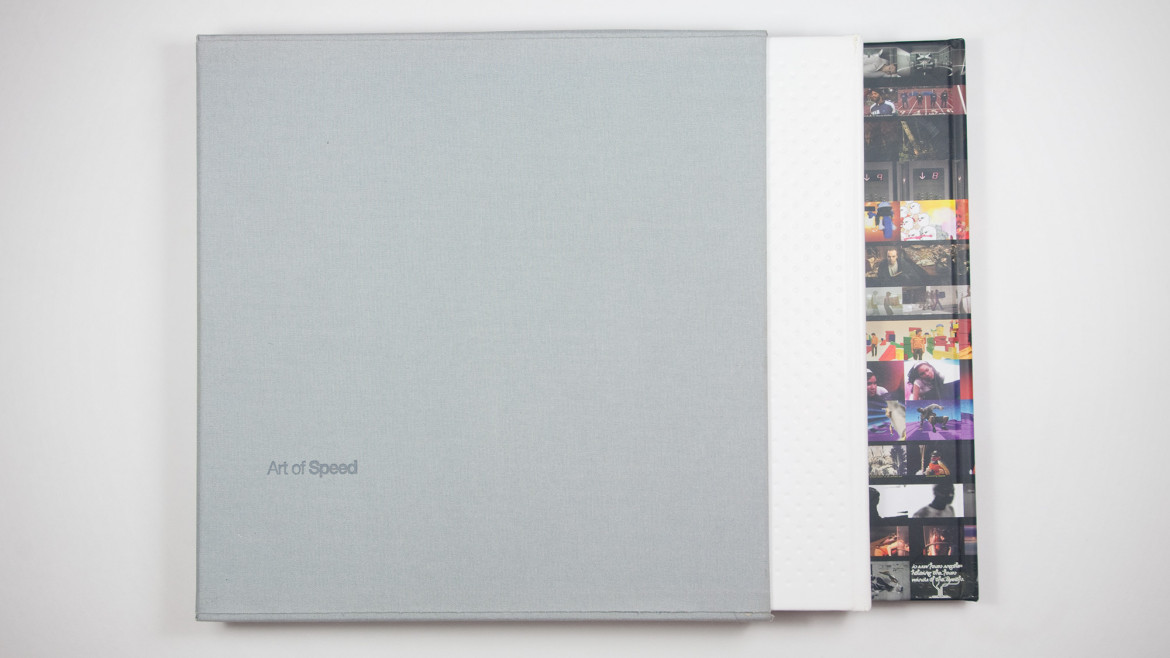 Speed has been a part of Nike’s DNA from the beginning, its designers exploring daily the physics, mechanics and geometry of speed-as well as speed’s psychology and aesthetics. With “Art of Speed” Nike sought an outside perspective, asking prominent, independent digital artists to create their own visions of speed through a “Nike lens”. At the same time, Nike has dug into its archives, interviewed designers and uncovered its family history with the “Genealogy of Speed” retrospective.

Sartoria was given the opportunity to translate the Speed concept into an exhibition space in Milan, and illustrate and preserve both the brand rich history and art contributions with the “Art & Genealogy of Speed” books.