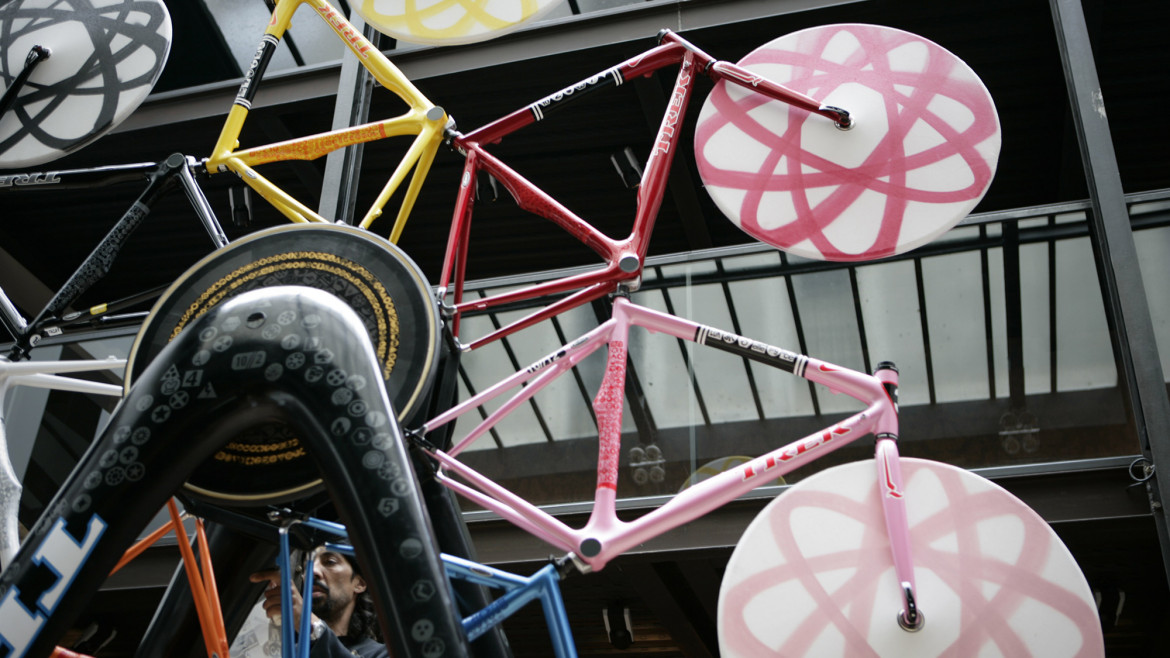 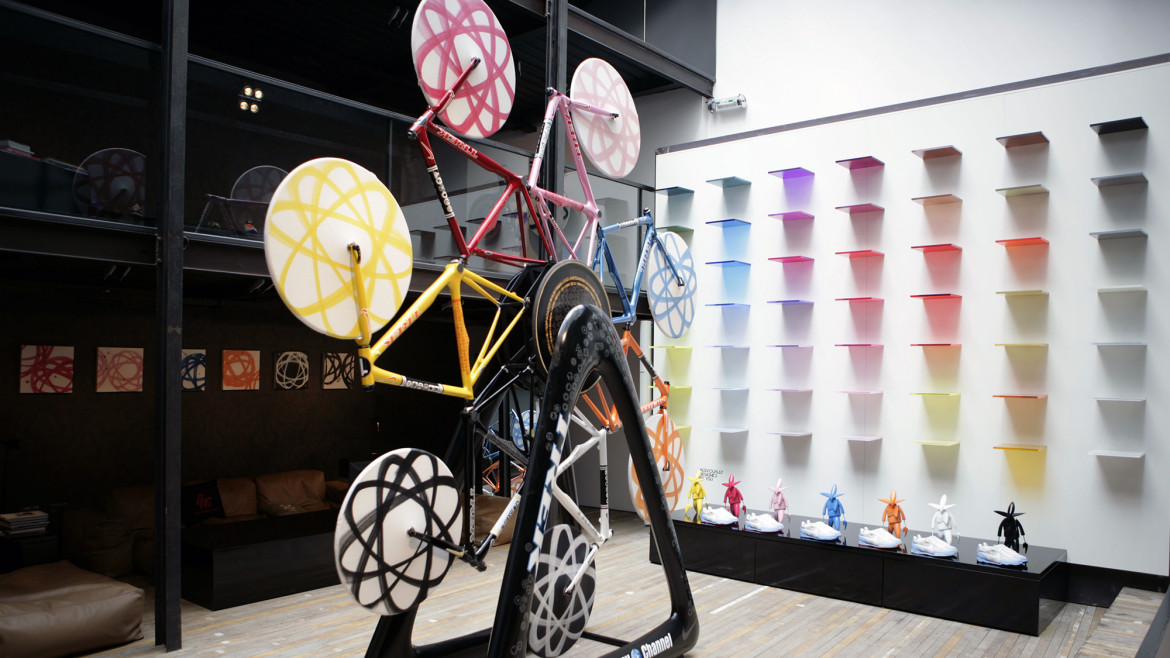 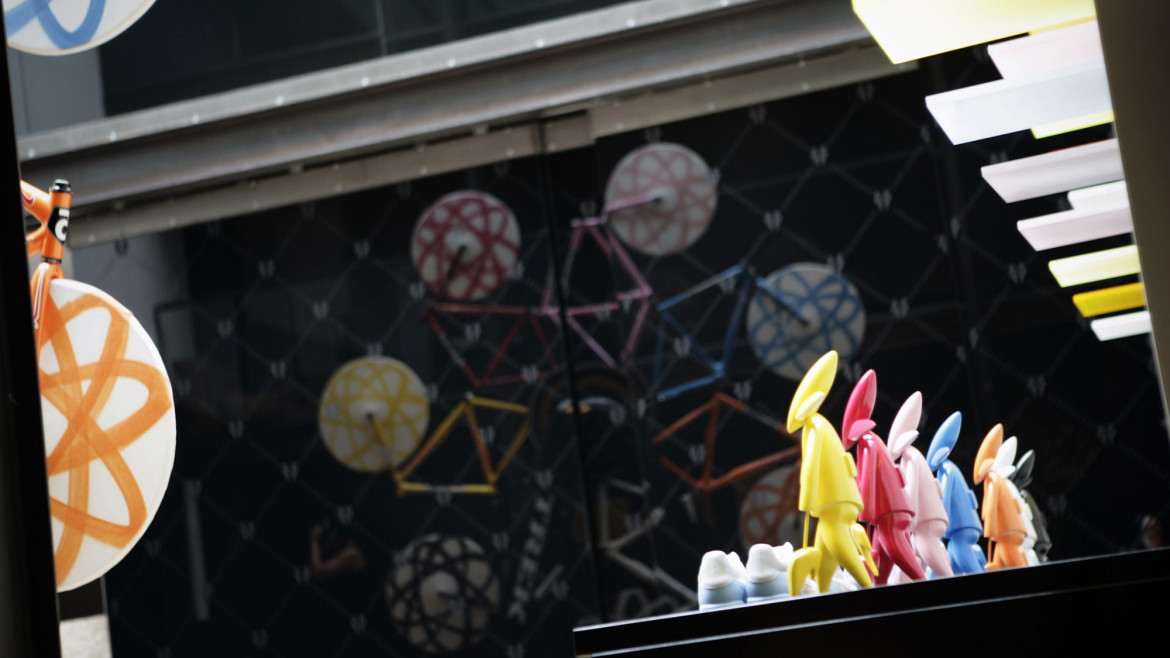 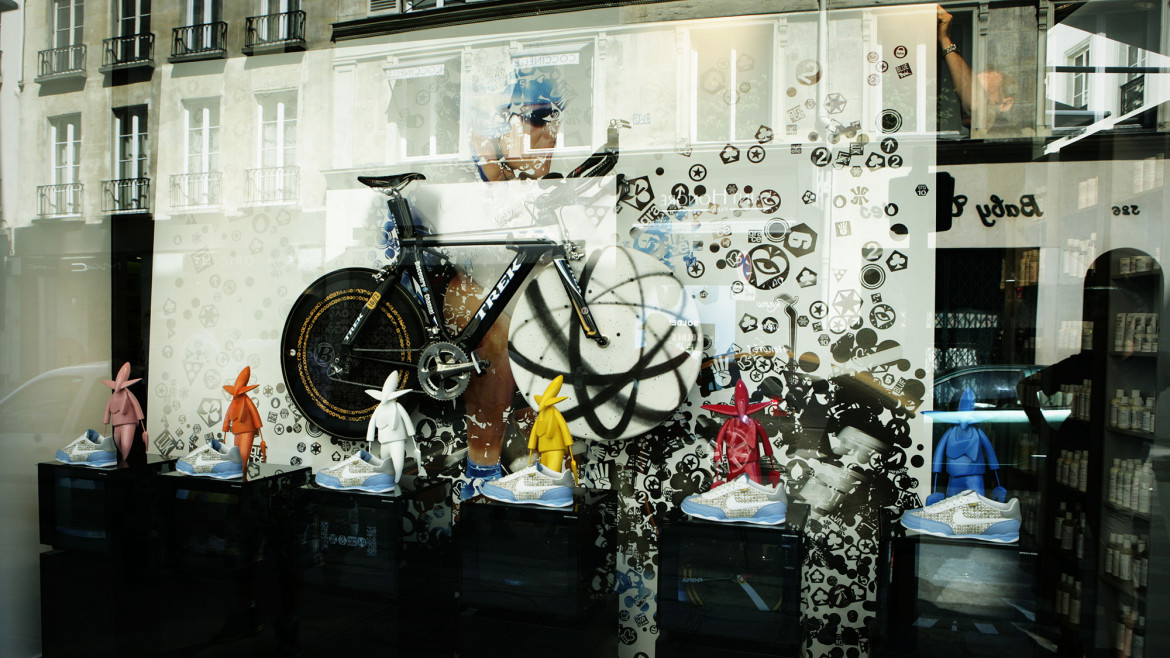 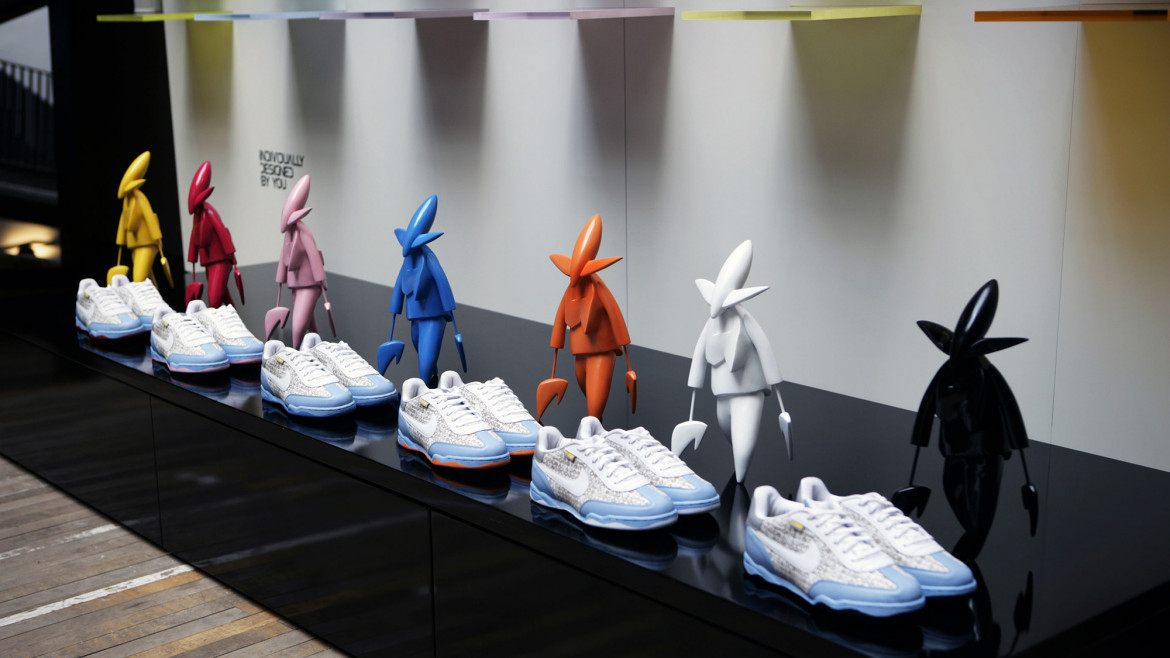 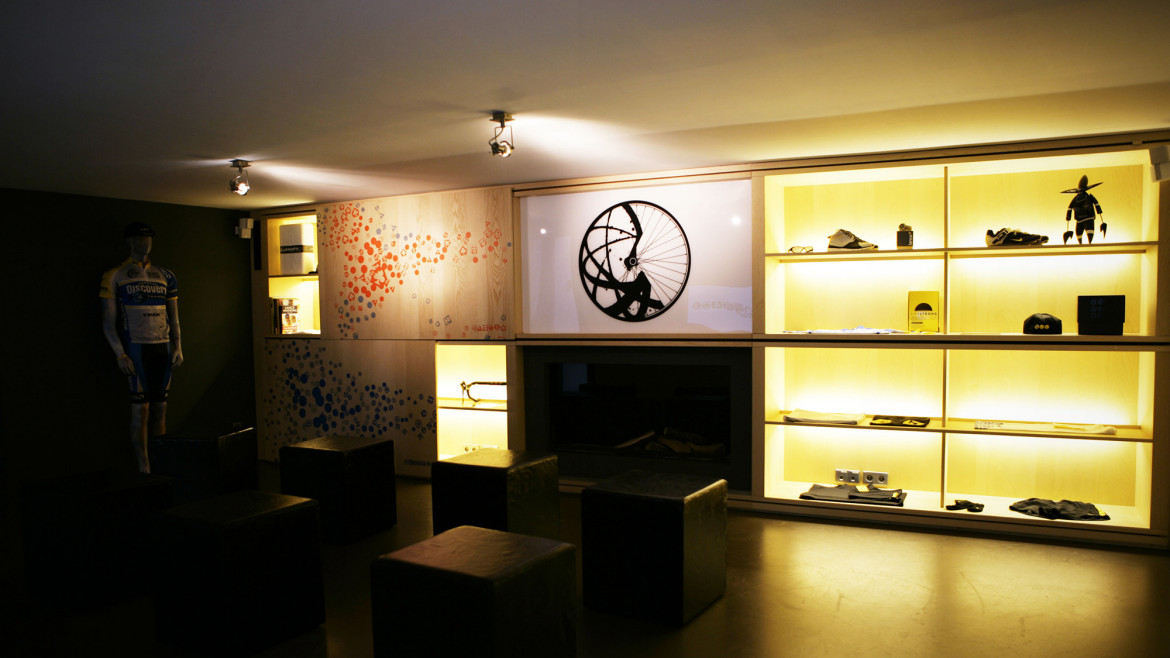 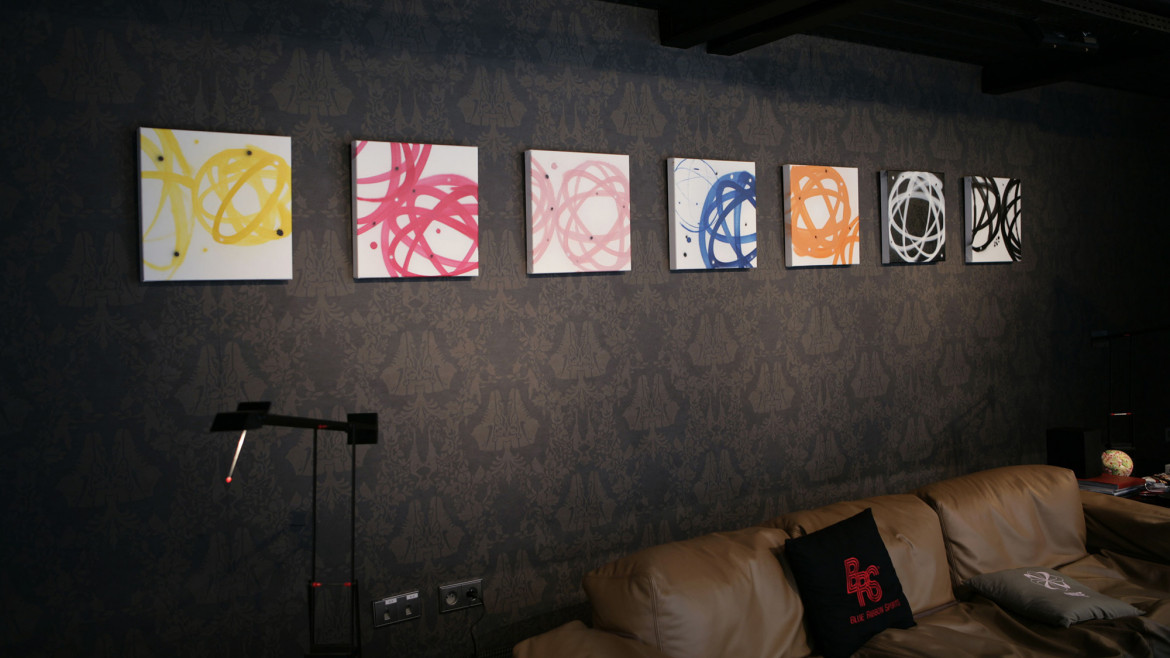 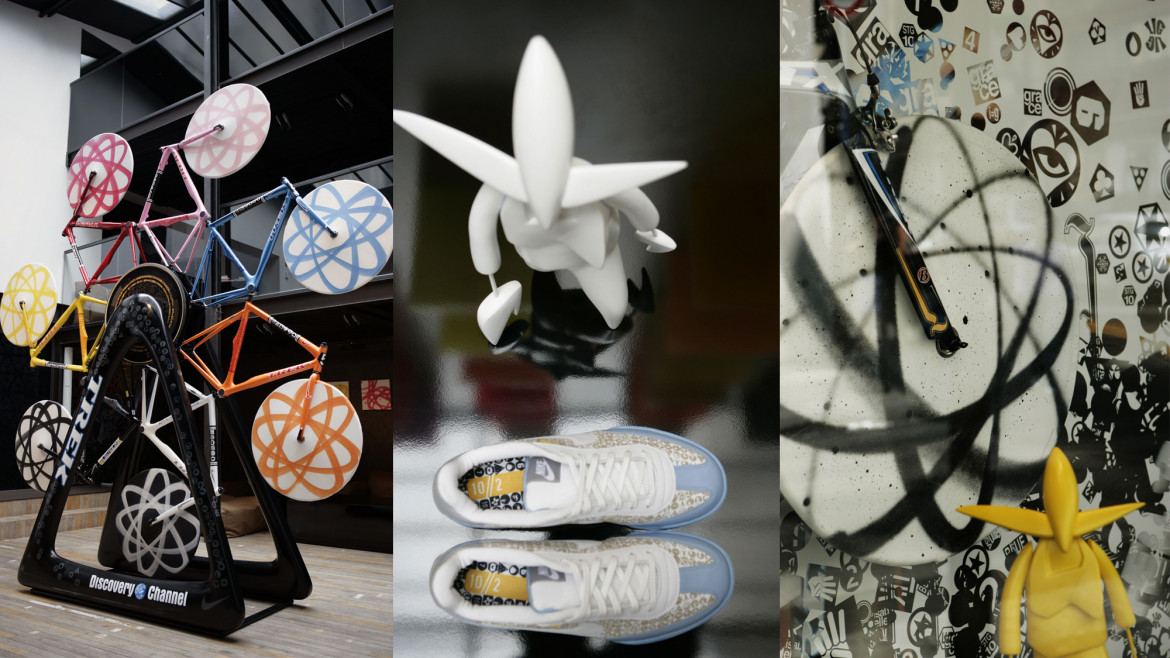 New York artist Futura changed the world of art, while Lance Armstrong’s changed history with his bike. For the 2005 Tour de France, Nike brought together these two individuals through one common thread: cycling. While Lance rode towards the finish line, Futura created a series of small icons that relay complex meanings of Lance’s life and Sartoria briskly worked on the set-up.

The end result was an event / exhibition that spoke to the place and time of the 2005 Tour de France: Lance Armstrong’s life and athletic achievements on the world stage as he attempted his seventh Tour win. Going deeper on this Futura created a massive sculptural piece, where 7 bikes fused together represent Lance’s Tour wins and moments in time, a story that as today still remains to be written.