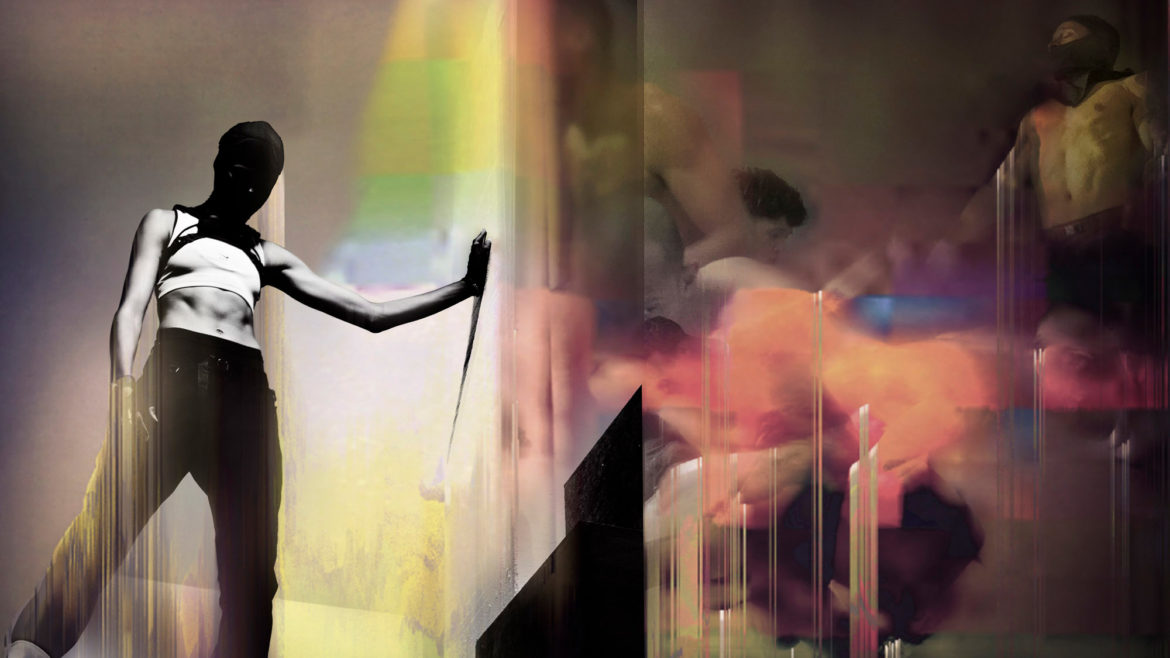 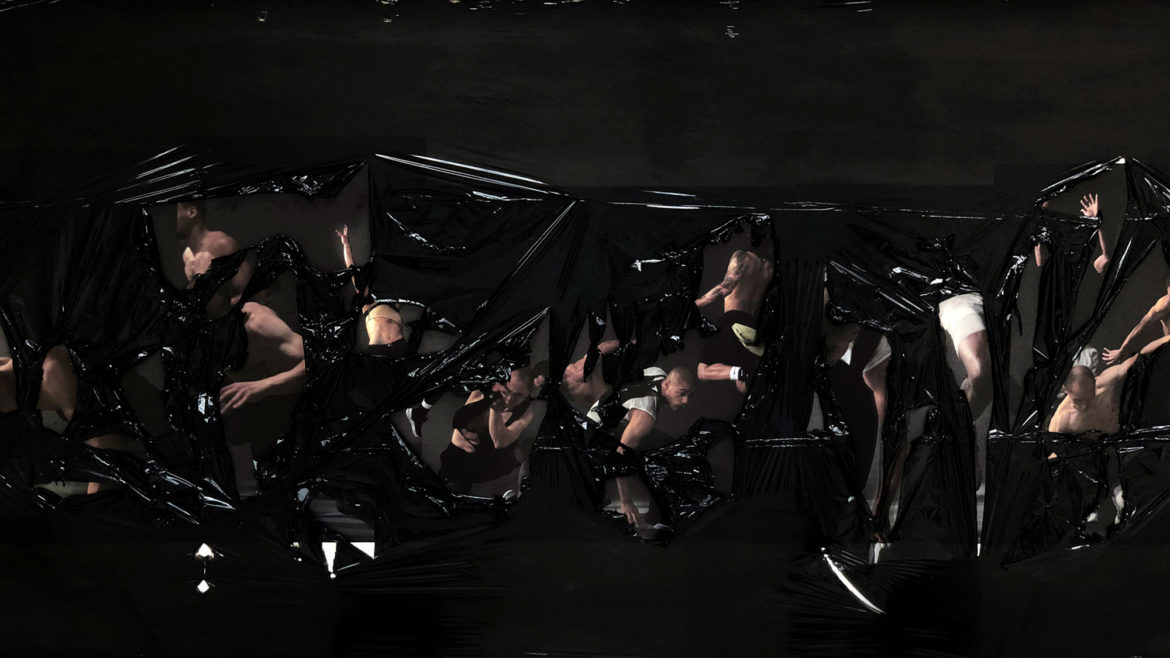 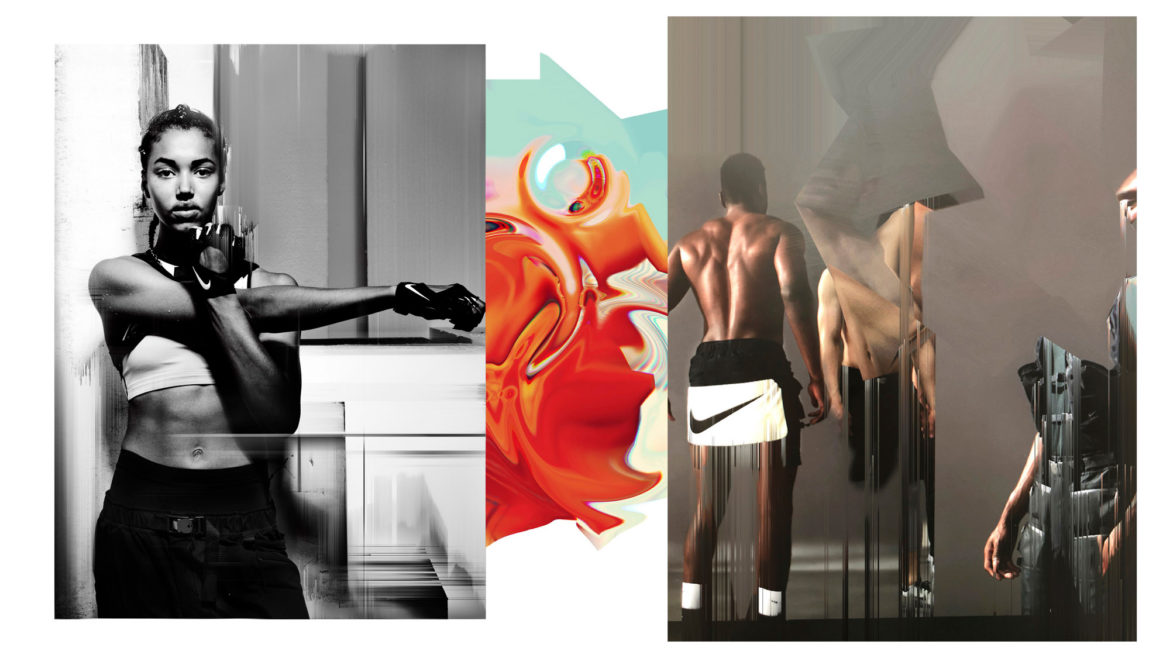 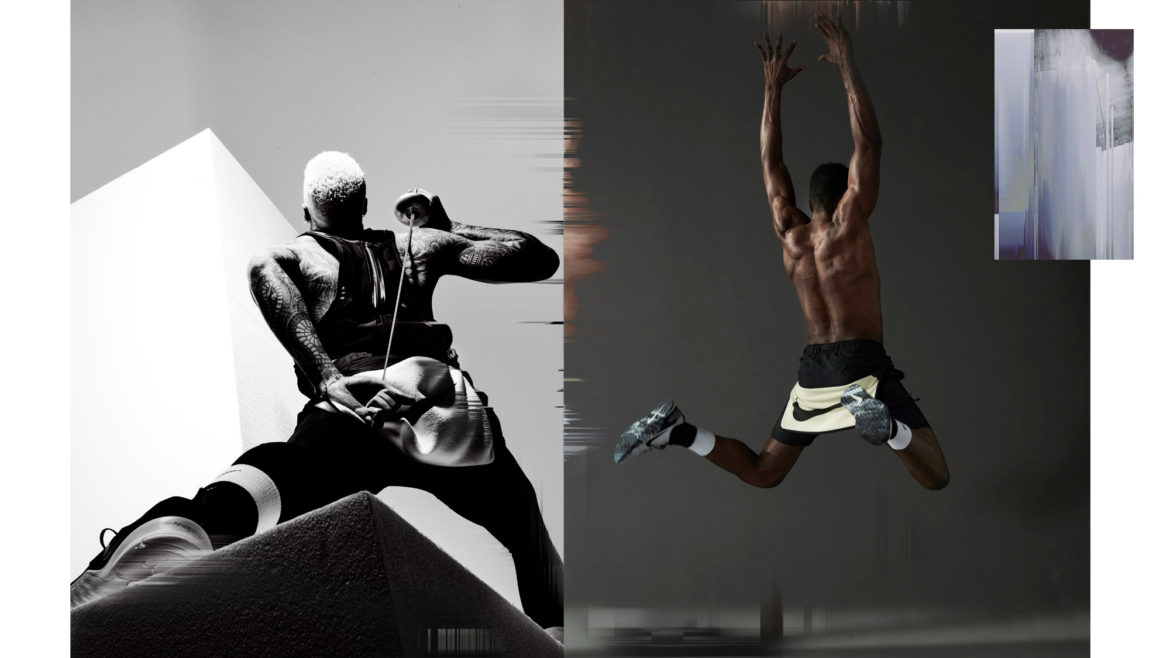 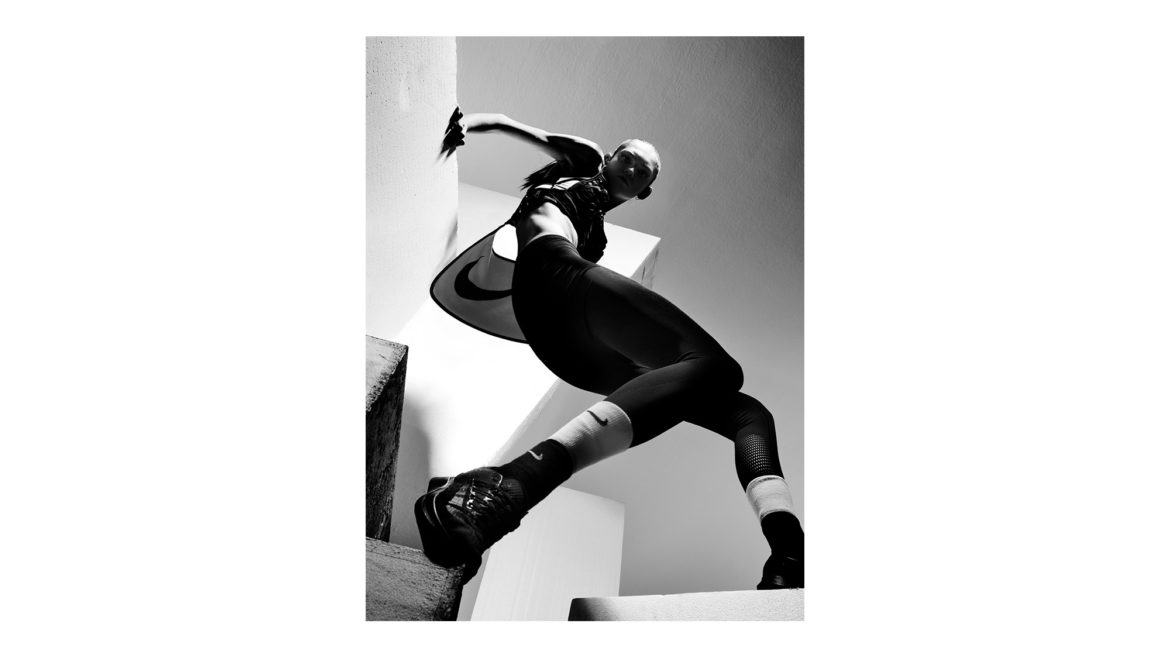 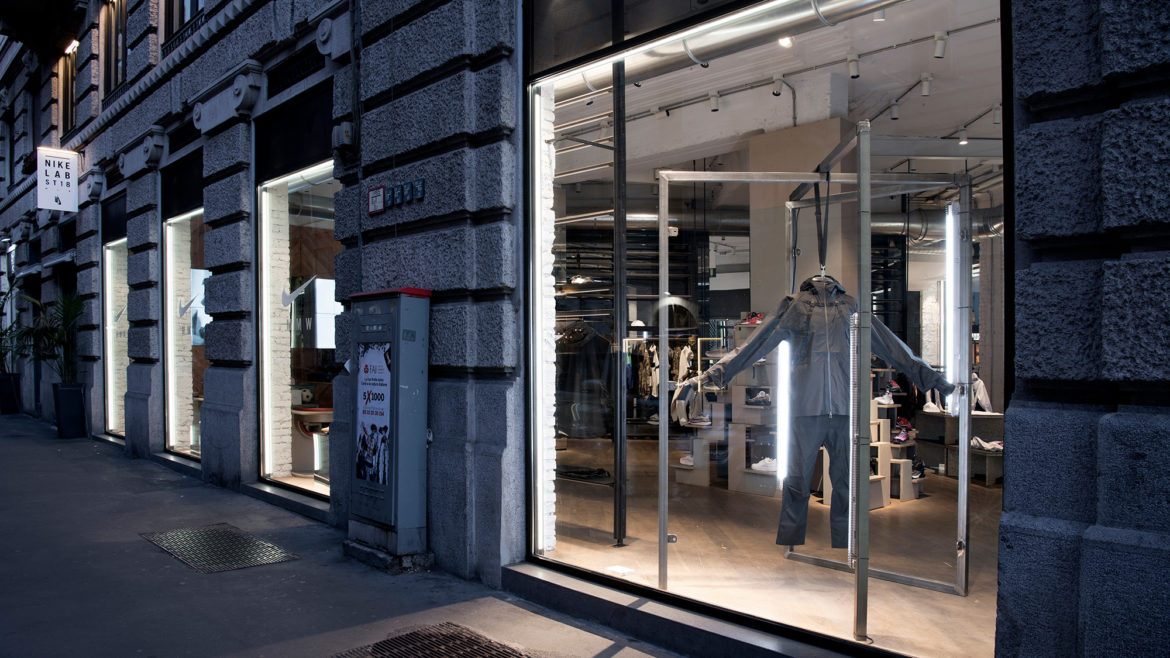 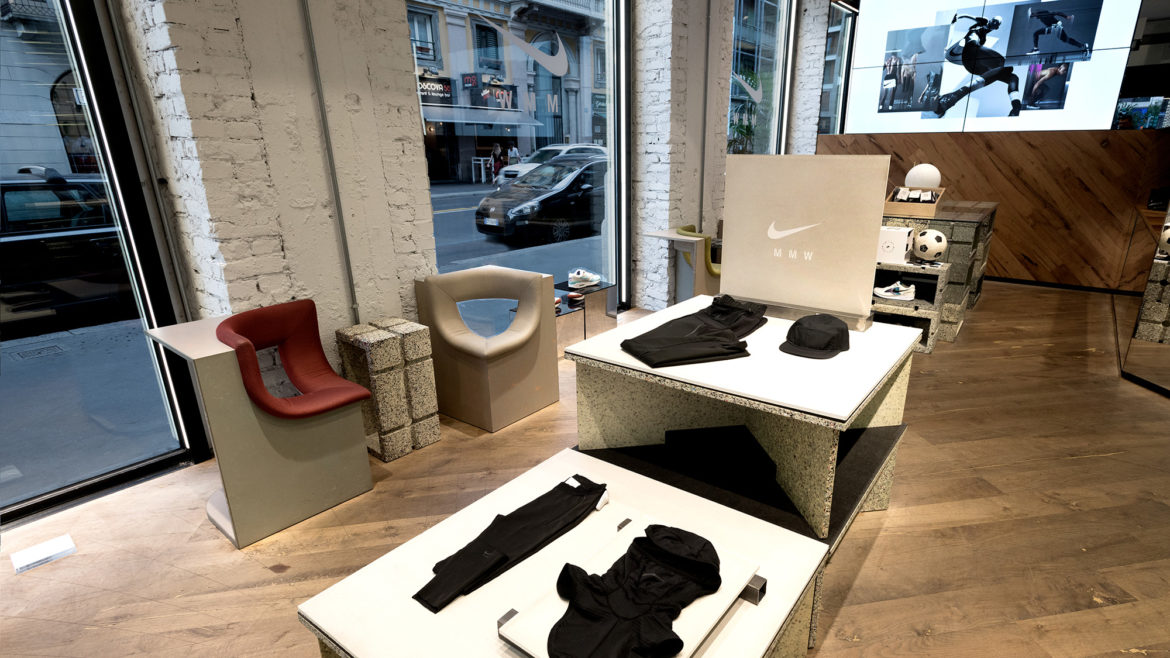 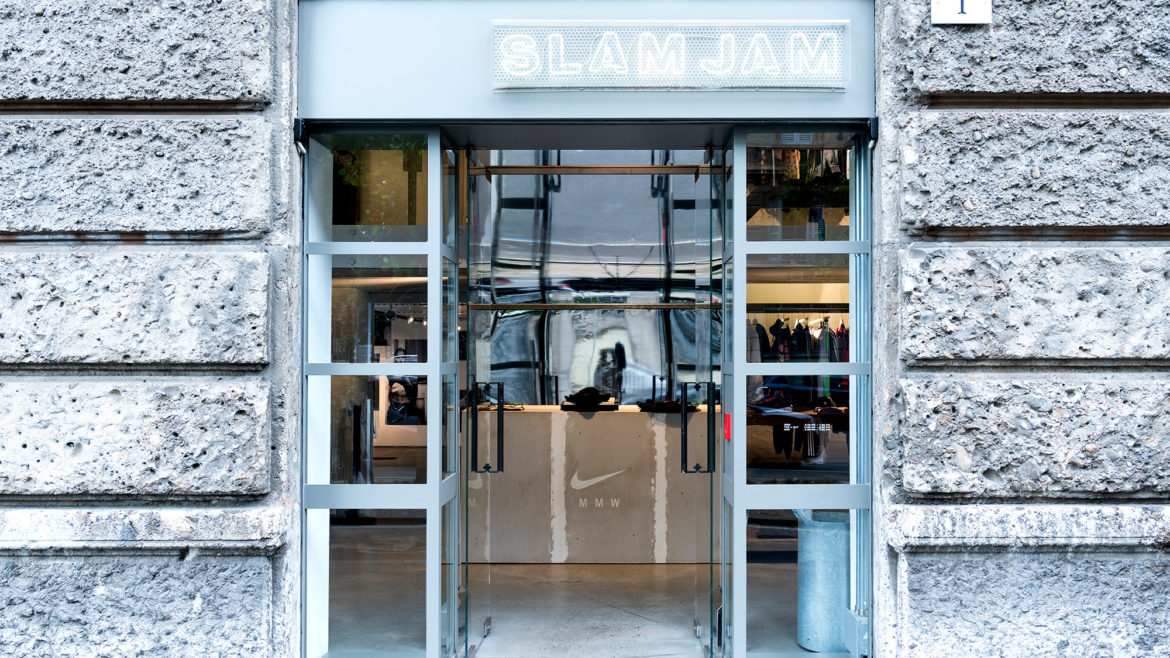 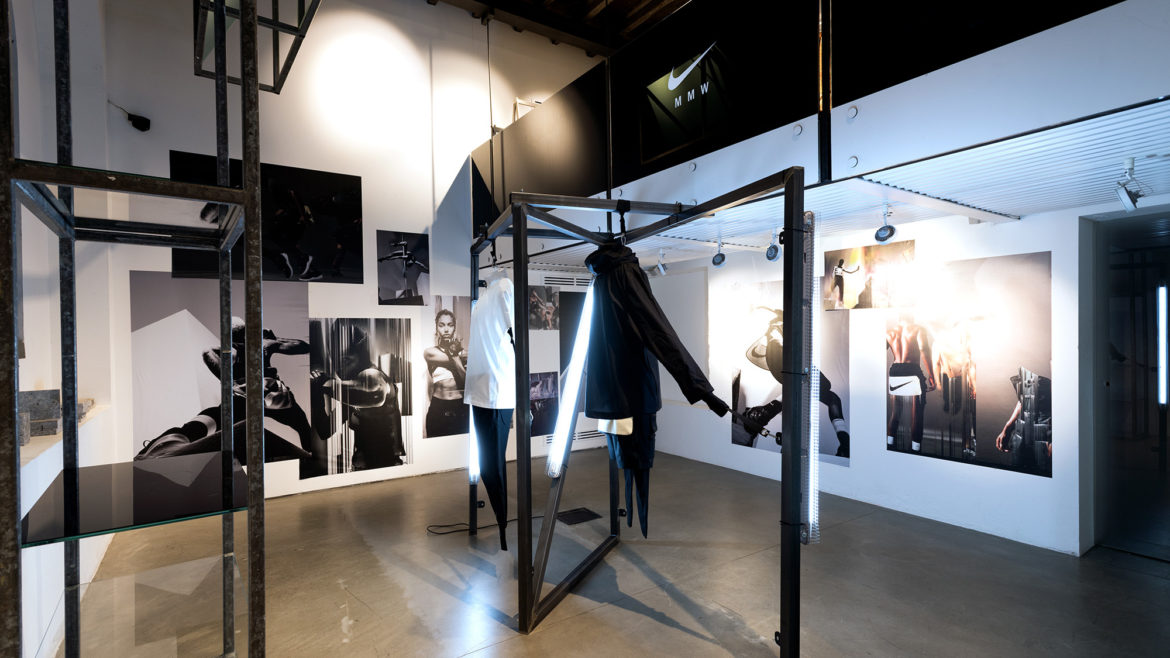 Nike and Matthew Williams, the American designer behind breakout label Alyx, teamed up for a ground-breaking training collection made of a series of items designed using Nike’s vast repository of athlete-informed data, transformed into structural patterns. A new way of manufacturing a sport standard. To capture the essence of the future uniform of training, Nike commissioned one of the world’s most influential and visionary photographers, SHOWstudio founder Nick Knight. The result is this campaign, shot in New York and London and produced by our sister company Panottica.
Sartoria was also in charge of the design of the retail launch, inspired by Williams’ choice of raw-edge details, reflected in the use of materials like rough plasterboard blocks and iron beams.